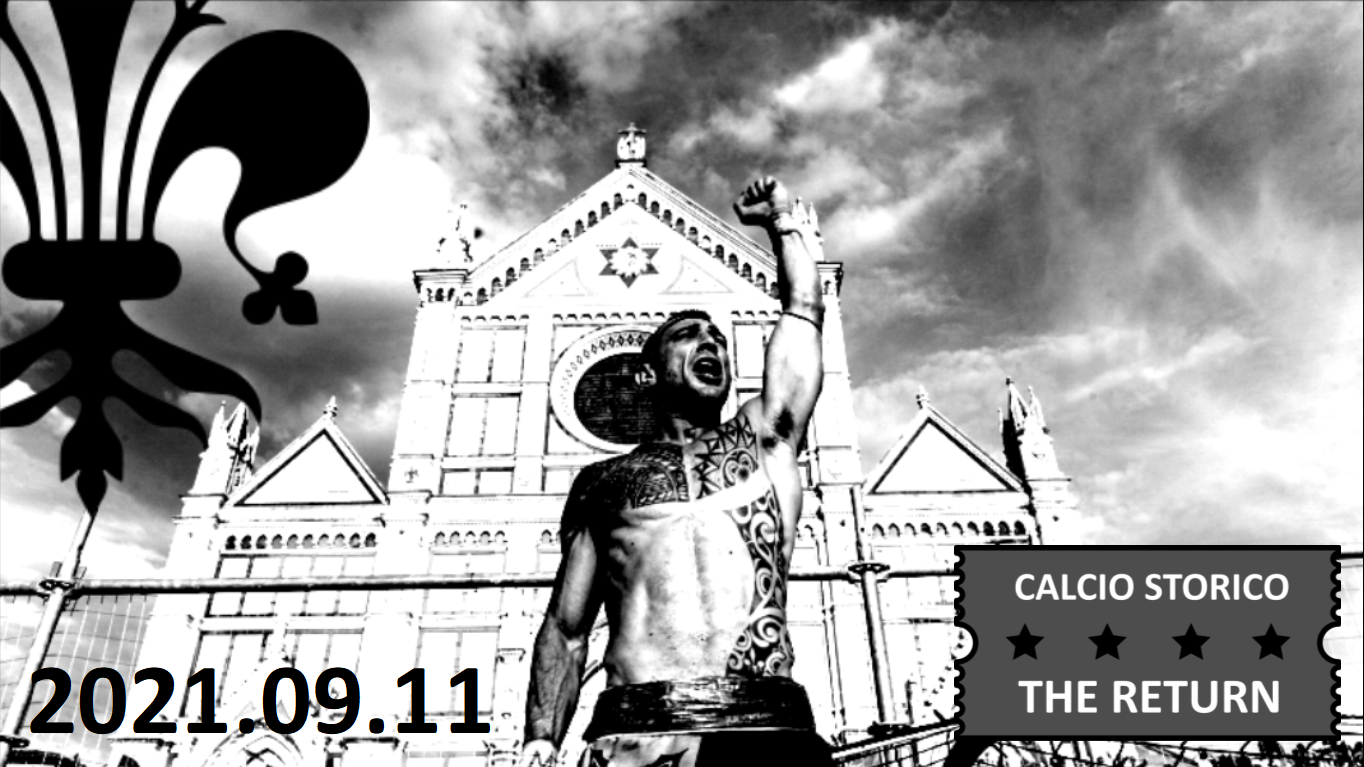 The Teams have 50 minutes to try to make "caccia" (goals) in the opposing team's net. To earn a point, players are free to pass the ball with their hands and resort to clashing and fighting to block opponents, but there are no substitutions and if a kicker is injured the team will be reduced in number.

* Only available in certain territories
** Ticket purchase effectively gives you membership of the Calcio Storico Subscription Club which gives you access to discount offers on future events. Valid 6 months.

More on Calcio Storico Fiorentino - which is a combination of soccer, rugby and big time wrestling originated in 16th century Florence and played today in historical costume. The four teams of the historical neighborhoods of the city play against each other, first in two semi-finals and then the final match to determine the winner. The four teams are: Santa Croce (blue), Santo Spirito (white), Santa Maria Novella (red), and San Giovanni (green).

Florence has always been the home to this game, known as “giuoco del calcio fiorentino” or more simply just as Calcio (which means “kick” in Italian). The square is covered in dirt to "return" to those times when it was just a dirt square (today it is covered in stone) and recreate the setting. 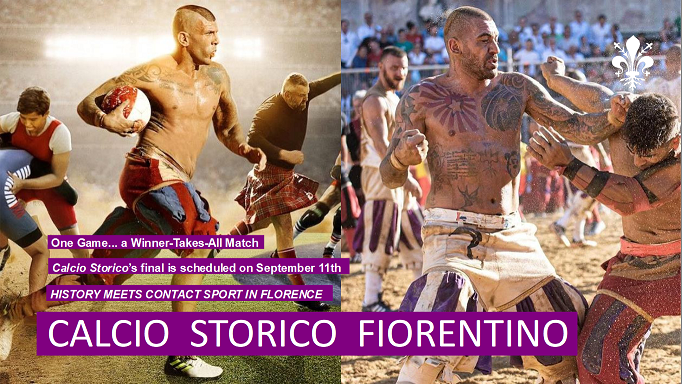 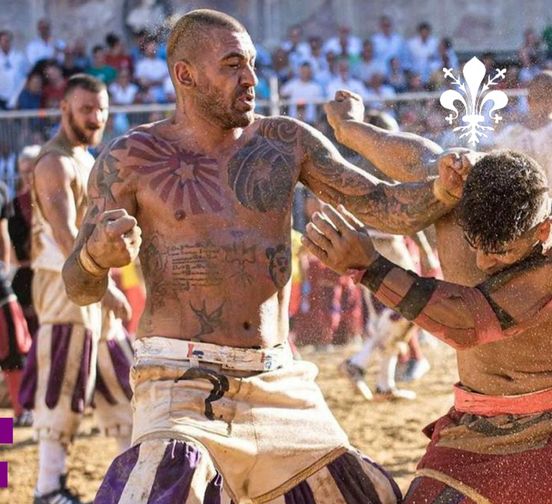 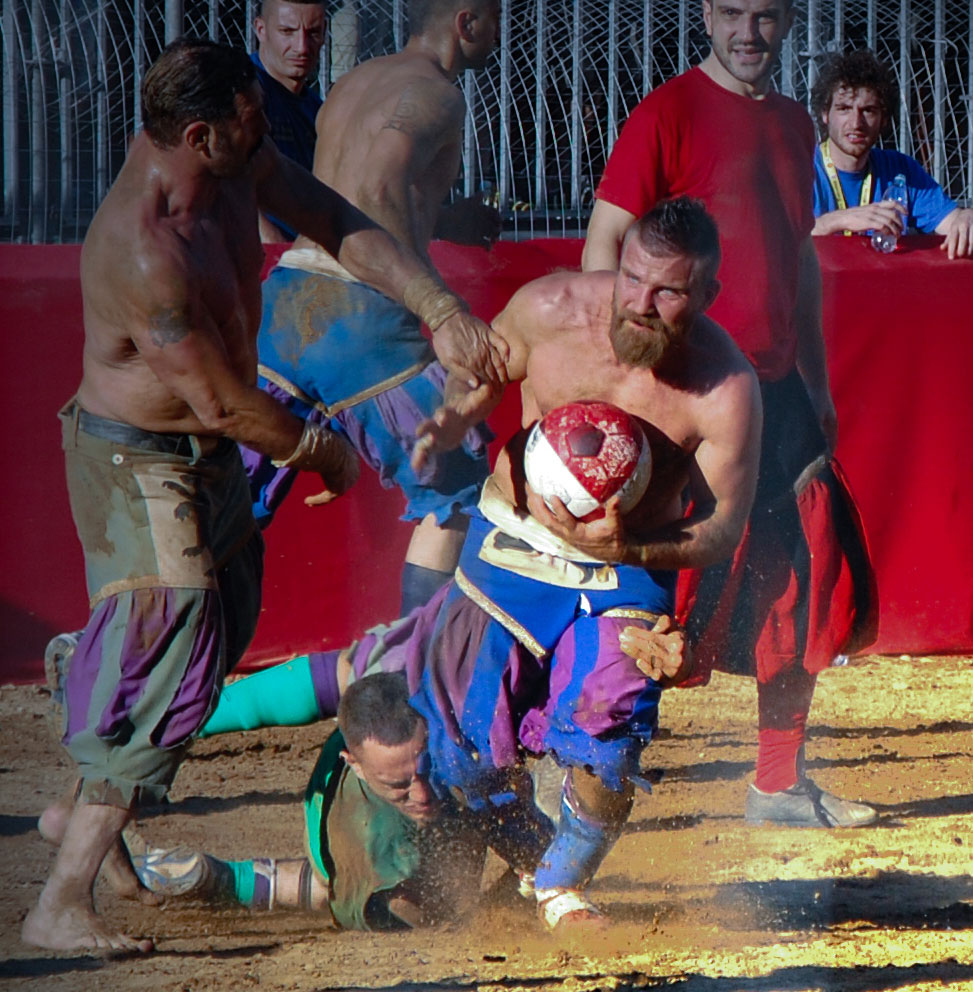 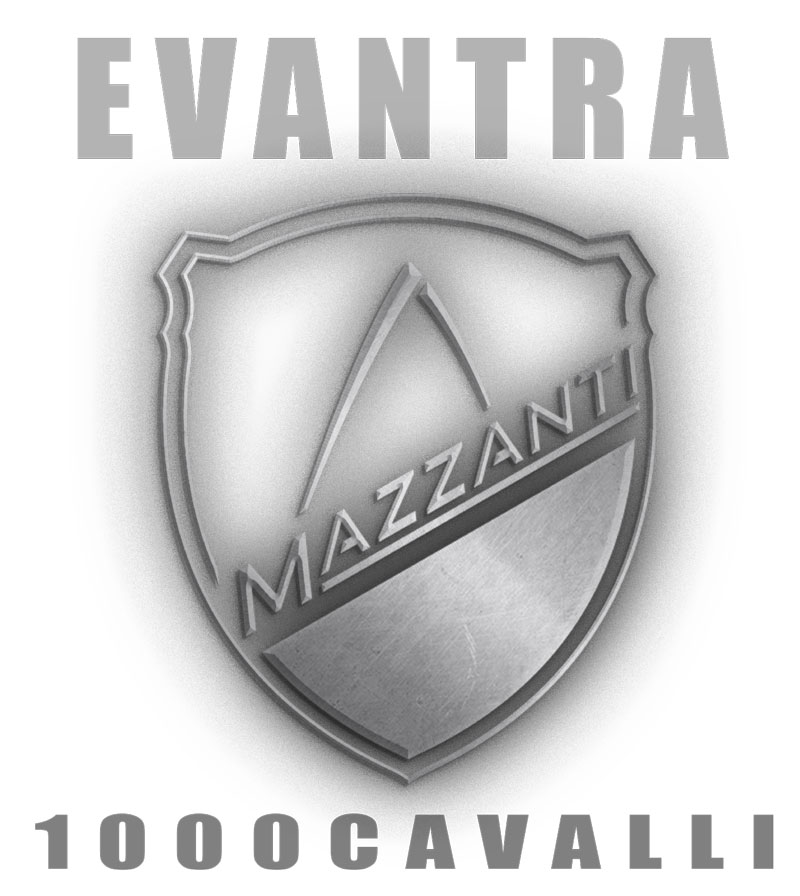