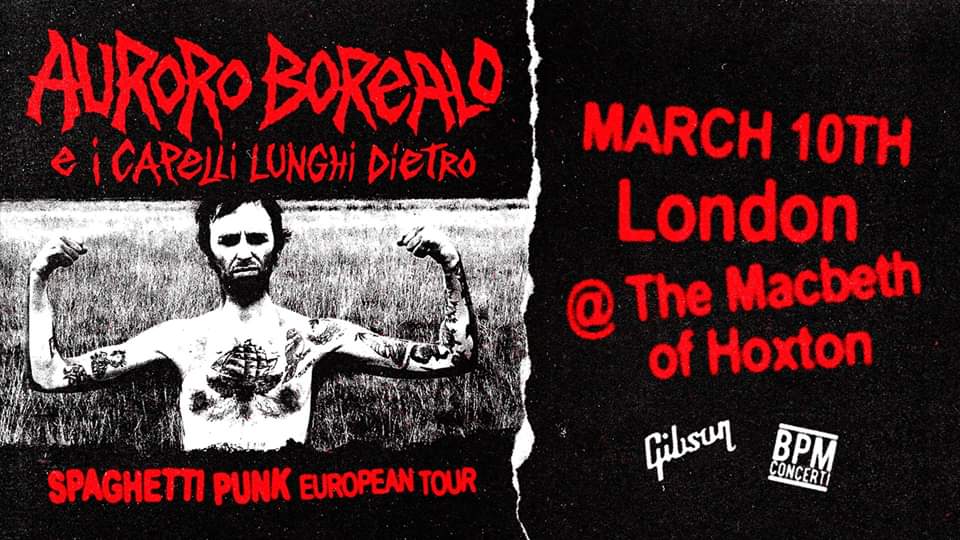 Auroro Borealo and I Capelli Lunghi Dietro are ready to conquer the European public with the irrepressible charge of a punk tour.

After two successful albums (Rockit.it elected Adoro Borealo as "the disc of the century"), more than 90-shows in two years, two shows at MI Ami in 2018 and 2019, and the Best New Live Award of the KeepOn Live Parade 2019, Auroro Borealo surprisingly sold on subito.it (the italian Gumtree) the master tape of his next album, Implacabile: A punk album (less than 13 minutes) with 8 fast, wild and sharp songs. Implacabile is a one take, live studio recording with Auroro Borealo's band, I Capelli Lunghi Dietro, in which Auroro sings in English, Italian, French, German and Spanish.
We do not know if and when the album will be released, however Auroro and his band will be touring in Europe on March with Spaghetti Punk, in order to bring the new Italian punk throughout Europe!
Each concert is unrepeatable and rich of shrewd irony.